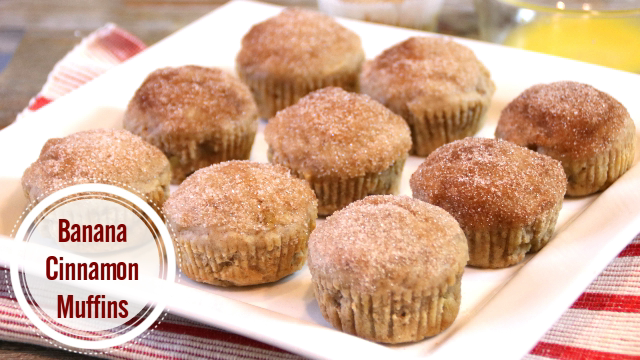 Banana cinnamon muffins are, in my opinion, a delicious combination of great flavours. I am, however, a fan of both cinnamon and bananas. You can change the ratio of each if you wish, just make sure you add enough of each ingredient to balance the flavours out. These muffins are a filling, fairly dense, and a muffin which the entire family will enjoy. Serve them up with a cup of coffee, tea, or a glass of milk.

You could add a few other ingredients as well. In example, some chocolate chips, crushed pecans or walnuts would certainly not go amiss in this recipe. If you want the muffins a little more on the fluffy side, simply add a bit more baking powder. You do not want too much, however, as the muffins will be overpowered by the taste.

As always, give them a try and let us know what you think.