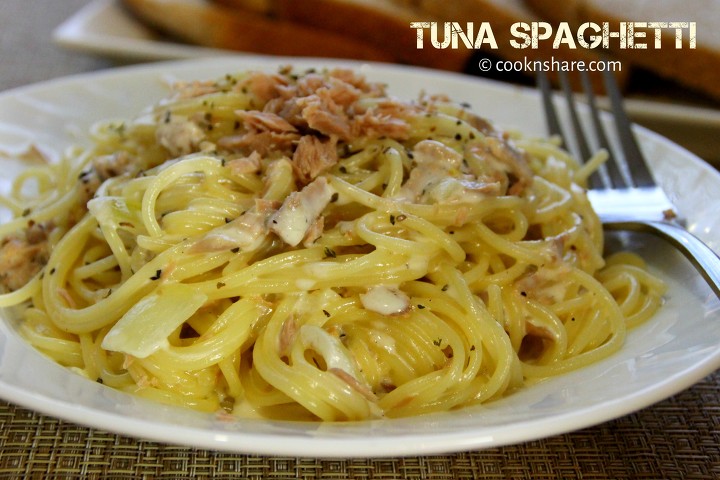 Creamy tuna spaghetti is one of my all-time favorite dishes. It’s made with a simple combination of tuna, heavy cream, garlic, onions, and spaghetti. In light of this, is doesn’t get much easier. This makes it a great midweek meal for a busy person as the entire dish can be cooked in about 20 minutes. Try it, and let us know what you think.

As usual, we have a few suggestions to making this delicious creamy tuna spaghetti. First, if you’re diet conscious, you can use half and half or table cream instead of heavy cream. They both have about half the fat content, thus, contain about half the calories.

We use a few simple spices such as garlic and onions. Of course, you can alter the amounts per your liking. If you have certain spices that you think would go nicely with the tuna spaghetti, go ahead, and use them. For example, some jalapeno peppers might add some heat to the dish. Because the recipe is so similar to carbonara, some bits of bacon might go nice, as well.