Apple cinnamon pork chops are one of my favorite dishes. I sometimes have apple sauce with my chops and this recipe seems to capture the essence of both worlds. The great thing is, they can be made up in under 30 minutes which makes them a quick and fantastic midweek meal. Beyond a doubt, your family, friends, and dinner guests will love them. They always ask for the recipe.

As always, there are a few alterations you can make to the recipe. For example, along with cinnamon nutmeg, and other spices can be added. I just tried to keep things as simple as possible. If you like them sweeter, add a bit more sugar; if not, add less. You could also add some caramelized onions; although, I’m not too sure if this would be a perfect match.

In terms of the apples, I use red delicious. Fuji would match the dish nicely too. I’m not too sure about granny smith apples as they are a touch on the sour side.

Give our pork chops with apple and cinnamon a try and let us know what you think. 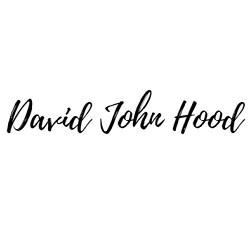 Hey, I’m David Hood And I’m so happy you’re here!! So many of my favorite memories in life seem to take place around the table, especially when surrounded by people I love. And of course, all the better when nourished by some seriously delicious food. Happy Cooking!

David John Hood
More about me

Graham Turner • 1 day ago
Hi Dave. I took a few days off over Easter and went out West to Baltimore. Brilliant time, give or take the weather 😀. Love a pecan pie but never made one - with this recipe that's going to change soon